This space was at one point supposed to be a second kitchen in the home. It had a nice black tile that we were in no mood to tear out. 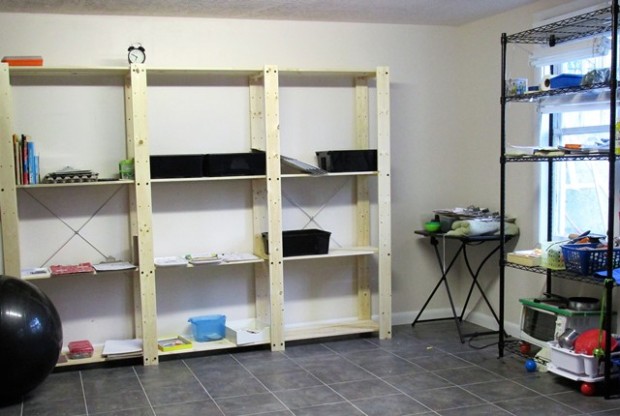 Enter Flor carpet tiles. Bought on a seasonal sale, the chartreuse and black flooring covered up those tiles to give us a nice carpeted space. 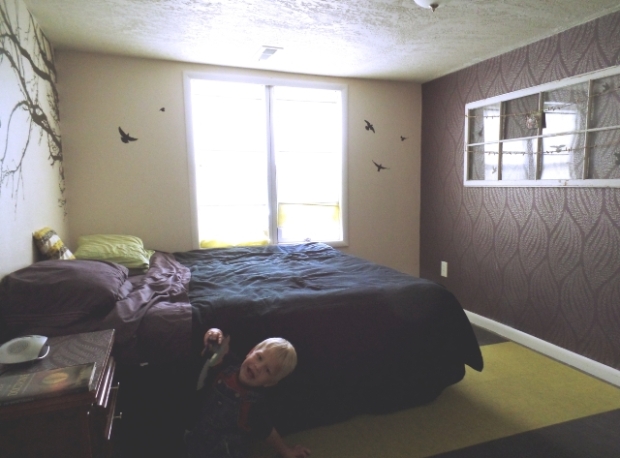 Our bed had increased from a queen to a king during the third child’s babyhood. I became a big fan of co-sleeping. It wasn’t out of any desire for attachment parenting, but rather laziness. Not getting up in the middle of the night was wonderful, and I became a pro at side by side nursing. Our master bedroom is not large. It had enough room for a king sized bed, but not much else.

I did want a place to sit down in my bedroom and happened upon an old rocking loveseat at a thrift store. I was undeterred by the floral upholstery that had survived several cats.

It was ripped off and replaced by a few cushions found at Ikea, and fit into the small space. Add a nightstand that was discarded from my husband’s work, a floor lamp and we were good to go on furniture.

For some reason, I became attached to the idea of wallpaper. We found a nice silver and purple leaf print. I added an old window that came with house.

For the opposite wall, I re-ordered a large vinyl decal. I had this decal at a rental and loved it. We had to take it down and re-paint and probably lost some of our deposit because of that decal, but I never regretted it. I re-ordered it to use in the bedroom.

Final touches were a couple of picture frames and photos I had on hand.  For window treatments, I spray painted some roman blinds with chartreuse spray paint and chicken wire as a stencil. 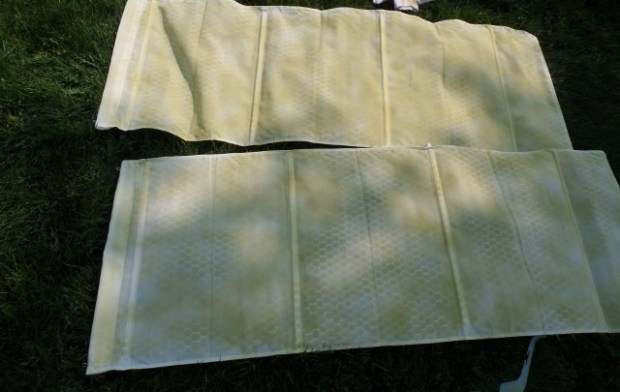 The bedroom isn’t large because I like small cozy bedrooms. (It does have a giant closet.) It is the retreat I wanted. Now I can go to bed looking at things I like.

This weird room counted as a bedroom. An older person that visited the house frequently remembered it as being the scary place in the house where monsters frequented. It makes a pretty good closet. It’s pretty rough but it works.