I grew up in a small town that quickly turned into a busy suburb. My parents are still there. Joe grew up in a small town just outside of our current city. We met while going to college. We married less than a year after meeting and started a long string of moves.  All of our apartments were small, and old. We lived with my Grandparents as caregivers, moved across the country for schooling, and finally ended up in our current city when my husband finished school and got a job. During that time we had two children, three college degrees, and eight different apartments.

When we ended up here, I started to quite enjoy the town. The community still has an old-fashioned feel: kids wandering around unsupervised, busy public schools, and tons of mom and pop burger or ice cream joints. The streets are lined with trees, and the traffic is amazing. Turning left on the busiest street at rush hour is something I will never get tired of. We live within walking distance of plenty of stores, the library, and multiple parks. Many of the neighborhoods are filled with fun old houses that are all architecturally different.

There’s quite a bit to do even though it is a small town: several museums and plenty of activities at the library and fine arts center for the kids. We live near a bird refuge, hot spring, a couple of lakes, mountains and within an hour’s drive of Salt Lake City. It is a family oriented community, with plenty to keep my kids and I busy. It’s small enough that I can meet many people by frequenting the same establishment, but big enough that I can get lost a bit if I want to.

We wanted to buy a house here. Joe had a good job; we knew the market was good. We wanted to have somewhere where we didn’t have to answer to a landlord and could work on the projects we wanted to. Our family was going to get bigger, so we also needed more space. We decided to buy a home when our lease ran out. We talked about what we wanted, occasionally glance at signs and listings, but still had a couple of months before we really wanted to look at buying a home.

Our home was an impulse purchase. 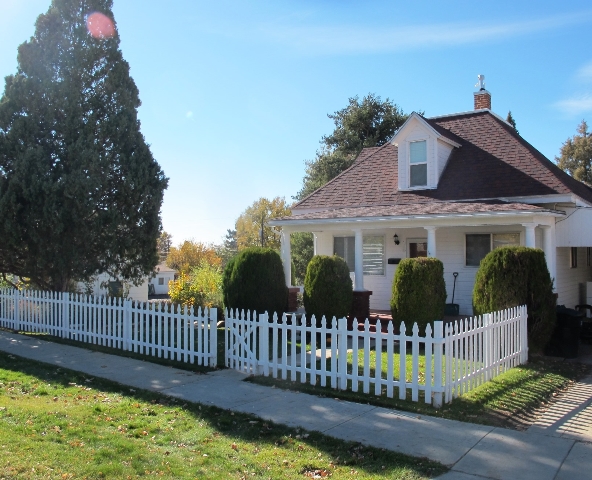 A family from our church was selling their home after moving far away. It was only three blocks from where we were living. It was in the process of a lot of improvements to get ready to sell. The first time I saw it, it was a construction zone and I didn’t like it.  It had these absolutely awful overgrown shrubs in front. The bedrooms were all separate from each other, which didn’t work well with young children. 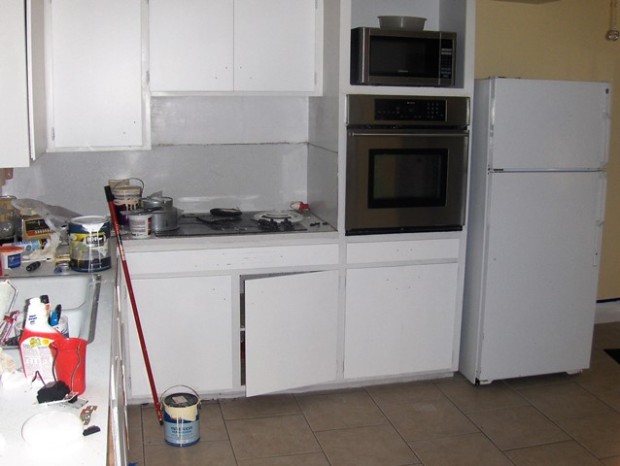 But I couldn’t get it out of my head. The size was right, the price was right and the more I thought about it, the more I started to see the potential in the home and garden. The timing was sooner than we wanted, but the house seemed right.

It was a FSBO, so buying it was simple: the seller told us how much he wanted, we offered and that was that. The next couple of months we sat waiting for paperwork: a government shutdown made the process very long.

Eventually, everything went through, and we were home owners.

Previous: History of My Home